‘Fighting means commitment, means believing what you say, and saying what you believe. It will also mean being called sentimental, irresponsible, self-righteous, extremist and out-of-date by those who equate maturity with scepticism, art with amusement, and responsibility with romantic excess. And it must mean a new kind of intellectual and artist, who is not frightened or scornful of his fellows.’

“He had a tremendous complicity with actors, so that you always felt that you were creating something with him not for him, and I found him unique among directors in this regard.”
SIR ALAN BATES

“What I have written about Lindsay’s work is there for anyone to read but, on a personal note, I would add that, like so many of the best people, he died too young. But that doesn not mean that he won’t go on living.”
GAVIN LAMBERT

“I think of Lindsay, who helped me so much at the start of my career, with great warmth and affection. Every time we met he asked me: ‘Are you still making Free Cinema films?’ and I always answered ‘Yes!’
ALAIN TANNER

“He was a conscience for us all.”
KAREL REISZ

“Lindsay made only five or six feature films. But what films!”
CLAUDE CHABROL

“Lindsay was for all of us, then young film-makers in a Communist country, a great inspiration as a film-maker, and a towering symbol of an independent free spirit as a man.”
MILOS FORMAN 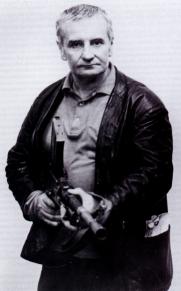